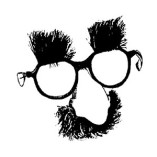 WANT A SIGNED COPY OF ANY OF MY BOOKS?

OR WANT TO ORDER A BUNCH OF THEM (MORE THAN 10) FOR A CLASS OR GROUP?

JUST DROP ME A LINE AND WE'LL MAKE IT HAPPEN.

I WILL ALSO BE MORE THAN HAPPY TO DO A CLASS VISIT (VIA SKYPE OR IN-PERSON, IF TRAVEL SCHEDULES ALLOW). 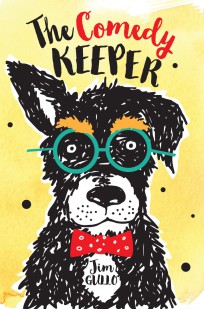 At last, it's here! THE COMEDY KEEPER is a story intended for kids aged 10-15 who love comedy, jokes, funny stuff and (maybe) getting in trouble for being TOO FUNNY!

It's the story of a kid named Josh Markowitz who gets sent back in time by an utterly ridiculous clown named Slivers. Josh, the Class Clown of Patton Middle School in Oregon, has a very serious mission. He must go back to New York City in 1908 to convince five brothers named Marx to take up comedy . . . or be forever lost to history.

Of course, the Marx Brothers were some of the funniest guys ever, and had long careers making great movies from the 1930's to '60s. But (this novel wonders) what if they never got started, and needed a boost from the future to fulfill their comic destinies? That's where a COMEDY KEEPER comes in! And Josh is just the kid for the job.

For me as a writer, I wanted to spend some time with Groucho, Harpo, Chico and their brothers and parents, investigate what it might have been like to be a kid in New York City over a hundred years ago, and tell a fun story that talks a little bit about why we need comedy and humor in our lives.

NOTE TO READERS & FANS: THIS BOOK WAS ORIGINALLY PUBLISHED AS GROUCH BAG. IF YOU BOUGHT THAT BOOK, DON'T BUY THIS ONE! IT'S THE SAME STORY WITH AN UPDATED COVER AND DESIGN!! THIS VERSION HAS A MUCH MORE KID-FRIENDLY DESIGN AND FORMAT.

THE COMEDY KEEPER is available every which way you can buy a book: As a paperback (ask your local bookstore, or buy it on-line), on your Kindle, Nook, Google, Kobo and maybe even from your library (ask your friendly, neighborhood librarian if they have it; if not, they can order it). 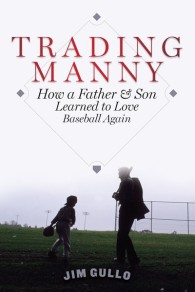 TRADING MANNY is my labor-of-love memoir about my lifelong love of baseball, teaching the game to my son Joe and answering his questions about steroids in MLB, and how I nearly brained Paul Simon's son with a softball.

This book began when I was struck and touched by how strongly the Mitchell Report and subsequent steroids revelations affected Joe, who was just 7 years old at the time. It made me have to reconsider my whole relationship with baseball, particularly as a father, and touched off a two-season journey to get answers to Joe's simple questions about baseball and steroids -- questions that a lot of fans of all ages have been asking.

"I salute you for giving your son a love of baseball.  There is no nobler thing a dad can do." -- Bill Bryson, best-selling author of At Home and A Walk in the Woods, on TRADING MANNY 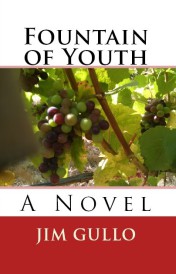 The story of how Ray Jensen and his teenaged son Daniel discovered a secret potion that might keep you alive forever, and many questions asked about our own mortality and grief over the loss of loved ones, are told here. All of it related by a raging lunatic who has stowed away on a cruise shp and is at the mercy of his four distinct personalities.

I had wanted to write a novel for many years, and the story that kept coming to me was about my own dear father's early death, and how we might approach grieving differently. At the same time, I wanted to really go out there with playing around with narrative technique, so I framed Ray's whole story within a crazy, allegorical side story of a really fat, ludicrous guy trying to kill himself by eating himself to death on a cruise ship. Like it or hate it, but FOUNTAIN OF YOUTH is one of a kind, and I'm proud of it.

"The words that jump to mind to describe this book - clever, witty, imaginative, poignant - are all so clichéd that they end up feeling misleading to use relative to FOUNTAIN OF YOUTH. This is one audacious, unusual book." -- Janet Noble Iversen, author and psychologist﻿

Over the years I've written guidebooks to the Seattle & Portland metro areas, two books for middle-school readers, and the as-told-to autobiography of the late Charlie Sifford, who was the first African-American professional golfer. 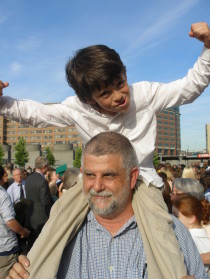 Want to hang out in Oregon and do some baking? My vacation rental house, The Pastry Ranch, is available for bookings on AirBnB and VRBO. Let's BAKE! 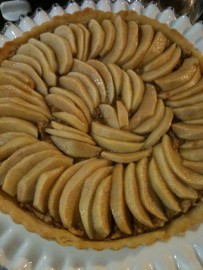 A Blog from The Pastry Ranch

My books are available on AMAZON.COM, POWELLS.COM, and from your local bookstore. Mine is THIRD STREET BOOKS of McMinnville, Oregon, and I urge you to buy from them. 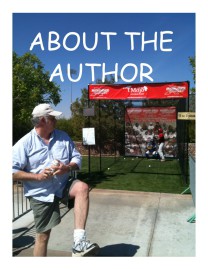 The Hurler at His Hurl: A Bio